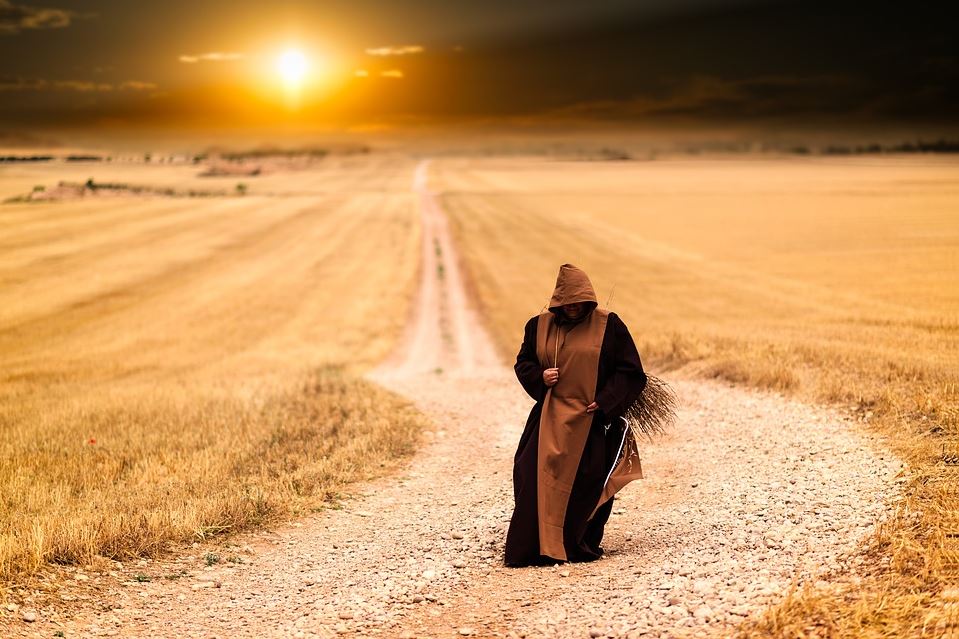 Bob has been a electrical engineer for 5 years, and is looking to change fields. In Step I, he decides which career paths to focus on.

Step I: Choose your Industry

Which fields are growing?

Bob visits www.onet.com and spends a few days researching the different fields that are growing. He realizes that computer analysts, wind engineers and programmers are very fast growing fields with 10-15% growth per year, and has a healthy median salary.

Which careers are you passionate about?

Bob has been interested in computers and programming since high school, before he chose electrical engineering.

Which careers closely relate to your previous experience?

Bob realizes that all he could use some of his electrical engineering skills as a wind engineer; especially in the electronic controllers. He also has done several projects programming machines for his previous company.

Which careers do your friends and family work in?

Bob’s close friends work as programmers in different industries. So he calls them and asks them about the pros and cons of the job; and how it differs from his current job. He also does an informational interview with a solar engineer and a computer analyst; and asks them a lot of questions about the job and the industry.

Bob has done a lot of research into what his preferred career should be. Based on his research, he is confident that he should either become a wind engineer or a programmer. He decides against being a computer analyst because that is very unrelated to his current field, and he is more passionate about the other two fields.

On doing the informational interview, Bob realizes that as a programmer, he can move between a variety of industries based on his interest. He could program wind mills at a later stage if needed. So he now moves on to Step II.

Step II: What are the essential skills?

Bob list all the skills that he needs in red and the skills he has in green. The skills in brown are the ones that he has been trained in, but needs further practice. 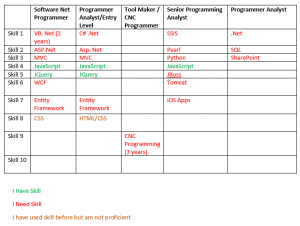 Step III: What skills do you have?

In this step, Bob documents how his previous skills and career can be used for his dream career. This is the best step of the process. He realizes that he is closer to his goal than he previously thought. He browses through all his old projects and documents to check for previous work examples. Bob spends almost a week to finish this step.

He first makes a list of all his green/orange skills that he possesses:

Then he creates a portfolio of work examples for each of the above skills. All skills are documented in the STAR interview format. He also documents the skills in his resume. To learn more about this, he reviews our blogs regarding resumes and cover letters.

Step IV: What skills do you need to train for?

This is the hardest step for Bob. He realizes the time and effort needed to change careers. He makes a list of skills that he lacks, and calls his friends in the field to ask them what it takes to learn them. Then he prioritizes the skills using skills prioritization matrix and then comes up with a training plan. The prioritization matrix takes into account the number of times the required skills shows up on the Skills Matrix and the value (1-5) that a seasoned professional assigns to the skill.

The skills that he requires are:

Bob decides that he wants to train on the first three skills first. He sets up a training plan that involves going to a programming boot camp and practice pet projects as well after that. He decides to pay $16000 for the boot camp for three months; though he had the option of learning it free online or paying $80000 for a four-year college course.

The training plan will differ for different people based on their needs and field of interest. Make sure that you take into account the cost and time involved for each option.